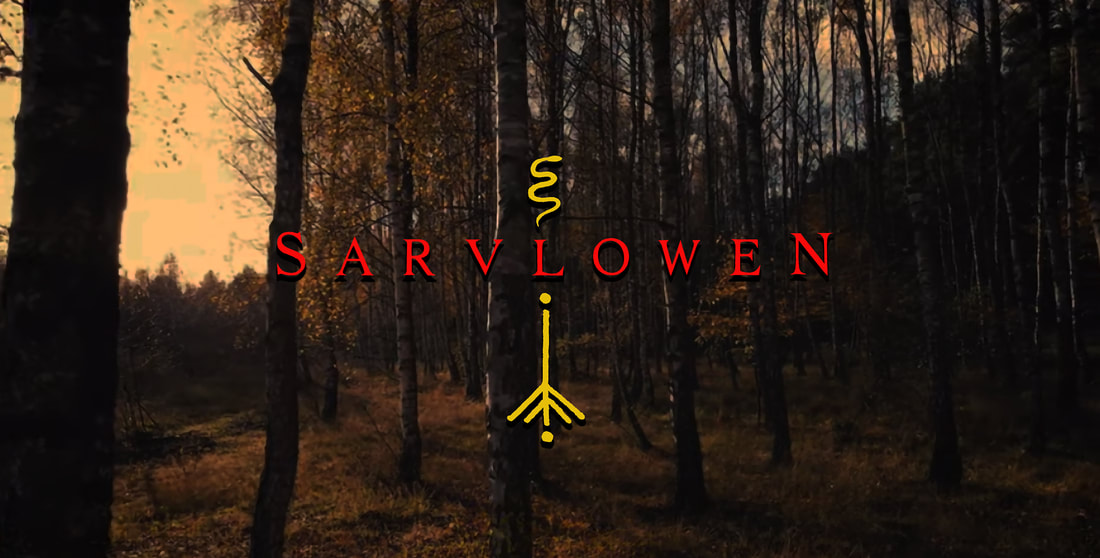 Below is a list of essays and writings by Robin Artisson which are available for purchase and instant download in PDF form. This list will expand greatly in the future as certain writings and projects are made available here, for all interested. 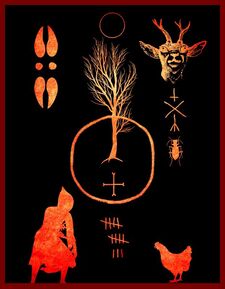 ​Thirteenth Night: The Witchcraft of Rindy Sue Gose is "An Occult Analysis of an Account of Appalachian Witchcraft, with an emphasis on the Metaphysics of Diabolical or Otherworldly Pacting and the Spectral Adventures of the Other Soul."

This intriguing scholarly work by Robin Artisson is an in-depth account and analysis of a tale of Appalachian Witchcraft, collected by folklorists in the early 1900's. It tells the tale of a Witch who lived and practiced a dark strain of early modern Witchcraft in Virginia- Rindy Sue Gose.

Robin's eye-opening examination of this account brings forth evidence that Rindy Sue's witchcraft was not a mere fire-side tale, but part of a hidden and ongoing spiritual reality that implanted itself in the Appalachian mountains with the coming of German, Scottish, and Irish immigrants. His thoughtful and layered analysis reconstructs the ritual by which Rindy Sue conjured the Devil, and shows how her story intersects on many folkloric and historical levels with the practices of early modern Witches in Europe.

Lovers of occult folklore or the deeper metaphysics that underpin Witchery will gain much from this true account of American Traditional Witchcraft: both insights into the labyrinthine mysteries of historical sorcery, but also practical pointers and ritual techniques that may be put to other uses. 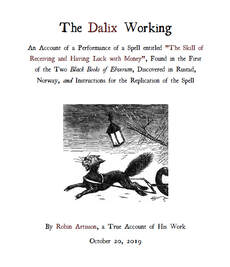 ​The Dalix Working is a complete ritual instruction and occult report of the means by which Robin Artisson- himself a long time student of the Black Book tradition of Scandinavian sorcery- put into practice and effect an ancient working to obtain financial gain and security.

From an early modern spell Called "The Skill of Receiving and Having Luck with Money" in the legendary Black Books of Elverum, this working is in reality a means to create a relationship with an obscure Goddess from Northern Folklore named Dalix. An overview of the Black Book tradition, an investigation of the Goddess Dalix, and a complete analysis of how this spell can be cast is given within this work.